The paint recovery is going well, only one that I haven't been able to get back so far although I have a feeling that the Windex might do the trick. My RSM95 Hungarians haven't arrived yet, not that I expected them this early. Hopefully next week.
Unfortunately my painting ground to a halt due to a cold that hit me full force yesterday. I'd been feeling kind of run down all week, and I reported for sick parade today. More when I feel  a bit better.

Posted by Vladimir odBlagovia at 06:24 No comments:

More paint and other news

A mini update for now.

I was able to resurrect two more pots of GW paint today, the Fiery Orange and  the Blood Red. This is really good news, as I am not happy with the reds that I have, and was was wondering what I would use for my Blagovian troops' trousers. Now to see if I can get the Bolt Gun Metal, Terracotta and Goblin Green up and going. I have to try and see whether I can bring back any of the Ral Partha's as well. They were some  of the best acrylics that I have ever used, vibrant and nicely opaque and they  really popped when applied over a light base. Their metallics, on the other hand, were not so good.

My RSM95 Hungarians are on route to Blagovia. They were shipped yesterday, so hopefully I'll get them by this weekend, or early next week.

Posted by Vladimir odBlagovia at 21:13 No comments: 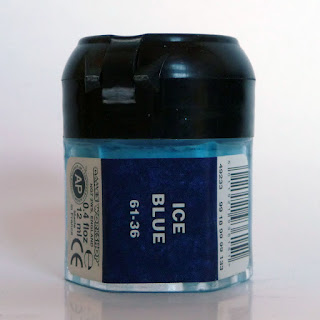 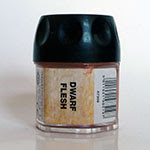 Probably like many others out there I have, over the years, managed to accumulate quite a bit of hobby paints. I have tried most major brands, and have paints from Ral Partha, (bought in the 80's and still usable) Tamiya, Testors, (some of the enamels are from the 70's and still perfect), Humbrol, Vallejo (my go to), and a bunch of others. I made the switch from enamels to acrylics more than 30 years ago, and for the most part I prefer them. The one thing, however, that has bugged me is the tendency for these paints to "dry out." The GW paints, of which I have a good selection of as well, seem especially susceptible to this. Recently while looking for something else I came across a bunch of GW paints in which the water had evaporated, but the pigment and binder were still tacky. I did some experiments and was pleased to have brought back two of them: Ice Blue, and Dwarf Flesh. This is great news as there are several other colours that I really want to use, as they will look wonderful on my Blagovian troops. I hope that I can recover a bunch more in the next few days.

How was I able to do this? Well, it really was surprisingly simple. I took two different approaches. For the Blue I used some Windex with Ammonia, and for the Flesh colour I used Vallejo Airbrush Cleaner and some distilled water. In both cases, I also added a small stainless steel ball that had been removed from a bearing to aid in the agitation of the paint, after the clumped paint had been broken up and stirred with a small pocket screw driver. I found with the Windex that the paint really foamed up but came back much quicker. It is however a bit too thin, my fault as I added a little too much, too quickly. The Airbrush cleaner and water took a heck of a lot longer, but the paint is thicker and more reminiscent of what it looked like when new. This pot is a lot older that the blue  and it has been sitting around for years, so the extra work probably shouldn't be too surprising. The science behind all this quite straight forward, but essentially what you are doing with the ammonia and ether (a component of the cleaner) is reactivating the acrylic polymers. The water is what is thinning the viscosity of the paint and giving it its flow.

Going forward I think that will probably just go with the Airbrush cleaner  and water in the future, as I feel that the ammonia might be a little bit more potent than I like, and I really didn't care for the excessive foaming.

I recently ordered some Hungarian SYW Infantry from RSM95 with which I plan to form the core of my Blagovian forces. I especially like the Hungarian uniform as it has a real Balkan cut to it, and when the painted battalion is put on the table it really seams to stand out. I still haven't decided to go with a stock/authentic uniform, or fabricate a new one. Once I have the figures in hand I'll have a better idea. I hope that they will scale well with my Eureka Saxon Hussars...
I haven't decided what I will be using for my Leutonian units. I may go with some RSM95 Prussians, which will will give me the flexibility to do some historical battles if I so choose. The Forces of  Tôtûn-Bey will, of course, be the RSM95 Ottomans

These all will have to wait until I finish my Blagovian troops as I don't want to have a large pile of unpainted lead sitting around waiting for the paint bench. This has been a failing of mine in the past, and has inevitably lead to frustration and abandonment due to the uncompleted masses of figures. This year I will only buy another unit when I finish one, including bases and flags.

Posted by Vladimir odBlagovia at 07:20 No comments:


These stories take place sometime in the 18th Century, probably from 1730 to 1759, but they may be a little earlier or later than that. Blagovia is a small land-locked country somewhere in the Balkans. Ostensibly a possession of the Austro-Hungarian it is located on the frontier of the Empire, largely forgotten by both Vienna and Istanbul. The summers are hot and dry, and the winters cold and snowy. The duchy is a mountainous region with dark forests, and welcoming valleys. Its primary exports is wine, for which the region is named, although many maintain that its peppers are much better. The people are typical Balkan peasants with a stocky build, hair that ranges in colour from black to blonde, with complexions ranging from pale to medium, and eyes being mostly brown and blue. They speak some type of Slavic language, which today has become extinct, but some words may still be found amongst the more obscure village dialects. The hereditary rulers of Blagovia, the Blagovinovs,  have ruled the duchy since the time of Tsar Samuel, a fact which they are quick to mention given the slightest excuse.

The current ruler is  Prince Borislav Grozdan Blagovinov , or  Borislav V. A relatively intelligent man, he strives to make Blagovia more than it is. His ideas of army building and territorial expansion are ambitious, but quite silly given the size of Blagovia. Similarly, his ideas on the infrastructure of the duchy are very noble and high minded, as would befit a man of The Enlightenment, but would bankrupt a nation as wealthy as France.  Fortunately he is kept on a tight reign by his ministers, especially the sly Lord Maslov: First Secretary of the Ducal Mint, and a man famous for his frugality. "There is simply no money for that your grace" can often be heard in the halls of the Red Palace, the ancestral seat of the Blagovinovs.

Posted by Vladimir odBlagovia at 06:37 No comments:

Well, after some consideration I have decided to relaunch the blog, formerly known as the Imperial Duchy of Blagovinja. What's the difference, you might ask? Well it really is largely a matter of semantics when you actually look at it, but there are things that were just not clicking with me, and a lot of it had to do with the way the blog was developing.  When I first started blogging about Blagovinja  I was really inspired by the The Grand Duchy of Stollen Blog. This work is a joy to read, is a wonderful way to escape the dreariness of our world, if even just a for a few minutes, and see what the hero of the blog, Grand Duke Irwin-Amadeus II, is up to. What is of even more interest is the wonderful miniatures that are regularly posted on its pages.  Unfortunately, what I initially envisaged for Blagovia soon became what I consider to be a cheap copy of the original inspiration. This just wouldn't do. Inspiration is one thing, but a copying is another. Let's see how this one goes. I have included my original foreward from the old blog, along with Blagovia's brave leader: Duke Borislav Grozdan Blagovinov: The Imperial Duke of Blagovia; Grand Župan of Starigrad; Khavan na Blagovia; Knyaz of the Order of St Blaise.

So, after all that, what is the Imperial Duchy of Blagovia? Well, to quote Stokes Schwartz of the Grand Duchy of Stollen fame, it is a small nation "located east of the sun and west of the moon," and, unlike the Grand Duchy, it may be found somewhere in the Balkans.

The 18th Century has long held my attention as a war gamer, a miniature painter and a historian. Something about the baroque and over-the-top ornamentation, which characterises the era, cries out for exploration and replication. The enlightenment with its philosopher kings and despots, gaudy uniforms and blatant militarism, the burgeoning modernity hand in glove with the traditional calls out to the war gamer. In a word -Rococo!
I first encountered the concept of "Imagi Nations" many years ago. I quickly became immersed in designing and building my own Imagination, slowly purchasing 6mm, 20mm, 25mm, and 28mm miniatures, in order to bolster its forces, and creating terrain upon which to fight its battles. Several different nations and maps were created and quickly drawn up, new rulers and personalities detailed, organisational charts were created, colour schemes chosen, and all of which were just as quickly discarded in favour of some new concept. This pattern of destruction and rebirth continued for some years until I stumbled upon the Imperial Duchy of Blagovia one cold winter's evening while out for a walk. Once I found the name I liked, the rest quickly started to fall into place. As a RPG player I developed all sorts of backgrounds and unit histories and what not. Unfortunately "real life" has a way of relegating hobby related things, and the Imperial Duchy, along with the rest of my "hobby life," succumbed to this for several years, and was placed on the back burner. It was not entirely forgotten but it was not entirely active either. Things have now settled down and I have returned to Blagovia to see what mischief his grace has gotten himself into since I last visited seven years ago. This time with a focused plan in hand I hope to not only finish painting my 6mm and 25mm forces within the next year,  but to also finish detailing the back story for the Imperial Duchy of Blagovia.

So let's see how far we go and where we end up, and if I can do something a fraction as good as Herr Stokes' work then I'll be happy.
P.S. By the way, if you haven't seen, The Grand Duchy of Stollen check it out here: http://grandduchyofstollen.blogspot.ca/
E.

Posted by Vladimir odBlagovia at 20:40 No comments: