As I stated in my previous post I have been concentrating on painting my Pichelsteiner forces. I have mostly finished their single Jager Battalion, only rifles hair and mustaches to do. I really like the colurs that I have gone with -a dark green coat, with leaf green vest, trousers, lapels and turnbacks. I have given them brown gaiters, and a black grey cap, with a yellow feather. The officers and NCO's have the same uniform as the ranks, but with  exception of a gold and silver edging, respectively, on the front plate of their cap. The Pichelsteiner Jager's use the Austrian style Jager uniform.

Simultaneous with my Jagers, I have also been painting the Pichelsteiner musketeers. They have only a single regiment of native infantry, the rest of their forces being either mercenaries, or "Leutonian volunteers." Pichelsteiner Musketeers are dressed in the style of Hungarian Infantry, but have Leaf Green coats with buff trousers and vests. Mercenary formations typically wear the uniforms of their home nation, but trimmed with Leaf Green, and Leutonian troops fighting under the Pichelsteiner flag retain their own uniforms and regimental banners, although many wear leaf green ribbons or arm  bands in recognition of their service to the house of vonPichelstein.

Once I finish these units I think I will turn my attention to some cavalry, forces which I have completely neglected thus far.

I did the following in paint, with the blank templates being acquired from my usual source the Not By Appointment blog. I will get some of the finished units up here as I base them.

Posted by Vladimir odBlagovia at 20:28 No comments: 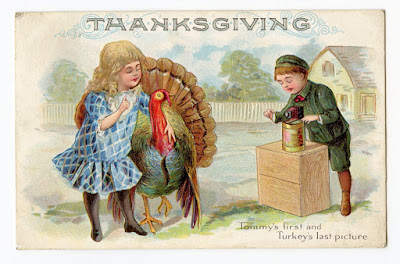 Where has the summer gone? The last time I posted on here it was July. Autumn seemed a long way off, and here it is Thanksgiving. Our Thanksgiving is in October, unlike our American cousins who have theirs in November. We may not have Pilgrims and such, but the spirit behind the day is the same –giving thanks for a bountiful harvest.

Although its been pretty quiet around here, I haven't been idle. Work has been erratic, and the days have been long and tiring. I have never been a quick painter, but the free time that I have had to devote to painting has been productive.  I've been steadily churning away and painting my Nabburg forces, and those of her hated enemy the Burggrafschaft of Pichelsteiner. Unfortunately, my Blagovian army has been horribly neglected. Every time I go and look at them I just simply lack the interest to really do anything with them. I put them on the painting bench, and just as quickly return them to the "to be painted queue." I hope his Grace will understand!

I'd like to wish everyone a happy Thanksgiving. I really need to get some of my painted units up here, for good or bad.
Posted by Vladimir odBlagovia at 06:38 No comments: